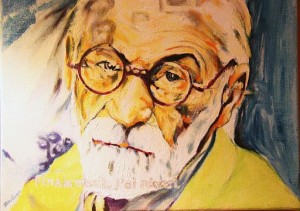 Freudian slips have often been a part of popular culture, often pointed out tongue and cheek by members of the press:

“I have been laid up with intentional flu.” —Samuel Goldwyn, Movie Mogul & Film Producer explaining his recent absence

The baseball player Manny Ramirez was more utilitarian about his Freudian Slips.

“I won’t be here next year, so I just want to enjoy myself. I don’t know [if I’ll play next year.]”  —Manny Ramirez, in the midst of tense contract negotiations with the LA Dodgers in 2010.

The Freudian Slip in Politics

The political sphere has a wealth of misstatements, malapropisms and gaffes. It is matched only by on air reporters for sheer volume of Freudian slips. Perhaps politicians consistently orating and appealing to the super ego makes such mistakes inevitable. But here are some egregious Freudian slips in political landscape:

“This president is going to lead us out of this recovery.” —Former VP Dan Quayle

“Our enemies are innovative and resourceful, and so are we. They never stop thinking about new ways to harm our country and our people, and neither do we.” —Former President George W. Bush

“If asking a billionaire to pay the same tax rate as a Jew, as a janitor, makes me a warrior for the working class, I wear that with a badge of honor. I have no problem with that. It’s about time.” —President Barack Obama

Over the years, Freud’s ideas have become part of popular consciousness though many of his theories were disproven. The “Freudian Slip” in particular is a part of everyday parlance and has been used to talk about slip ups of celebrities and those in the public eye. The phrase has even made its way into products like shirts, mugs and even Freudian Slippers.

One could say that these slippers bear an uncanny resemblance to the old shrink himself. Truly, when you look into the slippers, the slippers also look into you. 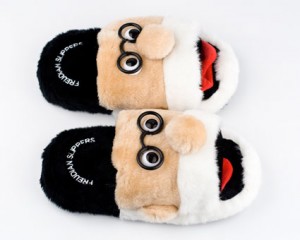