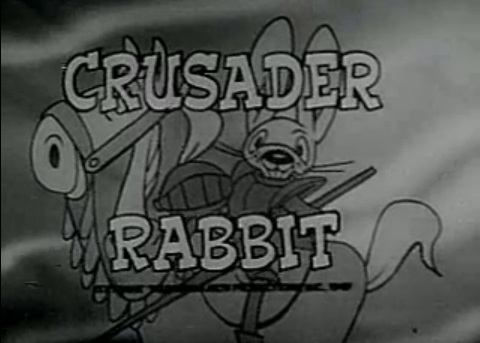 That’s right folks, the very first animated series ever produced features non-other than a bunny rabbit in starring role! Titled “Crusader Rabbit,” the show was test marketed way back in 1948 and ultimately launched on August 1, 1950.

As for our hero, the Crusader Rabbit is far from your typical knight in shiny armor. Truth be told, he was the smallest bunny you could imagine and had no superhero traits whatsoever. He was even nearsighted. But he had a heart of a lion and refused to give up on his dream of becoming one of his favorite crusade heroes he constantly reads about.

Taking the cartoon’s age into consideration, this one’s an all-time classic and definitely deserves to be ranked among the ultimate greats. Check out the show’s very first episode in the player below.