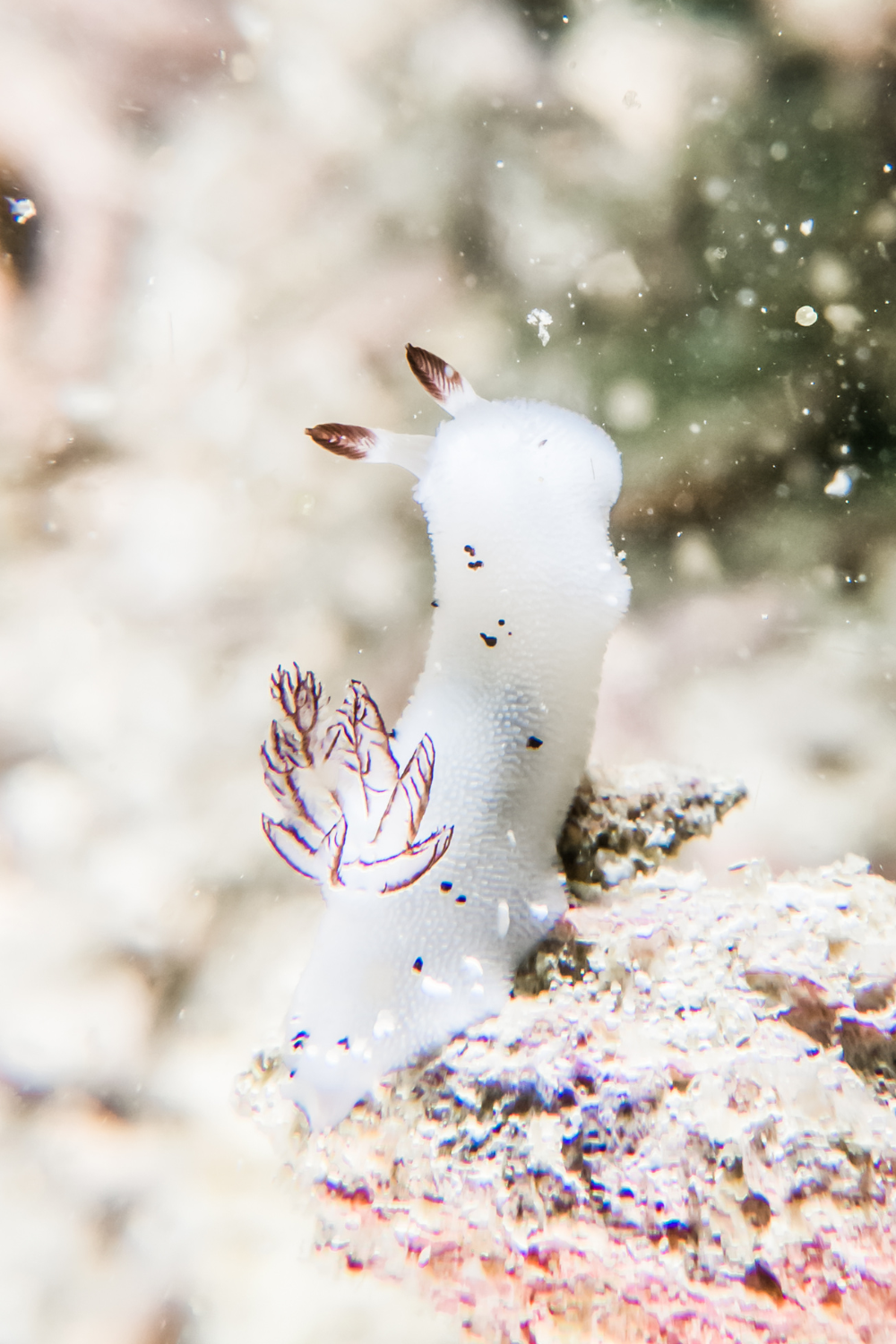 Meet the Fabulous Bunnies of the Sea!

If you’re a fan of Bunnies on land… you’re gonna go batty for these Bunnies of the sea! Now, they’re not actually bunnies of course, they’re a type of sea slug (scientific name: Jorunna parva) that features the very bunny-like features of long rabbity ears, fluffy little tails, and soft fuzzy-looking “fur”!

Sea Bunnies were first found in Japan in the 1930s by zoologist Kikutaro Baba, but since then, they’ve been discovered living in coastal waters in the Indian Ocean and Central Pacific, including South Africa, Philippines, Tanzania, and Papua New Guinea. Now that’s an international Bunny!

Sea bunnies are pretty tiny–they’re typically less than one inch (2.5 centimeters) long! Their long rabbity ears are called “rhinophores,” and allow them to sense chemical “smells” in the water–helping them find food and avoid danger–as well as sensing the directions of the currents. Their fluffy tails look feathery in appearance–but actually function as gills! And they love snacking on sea sponges (which are poisonous to many other species).

Sea Bunnies don’t hop–check out this video to see how slowly and gracefully they move across the ocean floor!

What do you think…does this Land Bunny look a little like a Sea Bunny?

These beloved underwater Bun Buns are so cute and captivating, they have legions of adoring fans. Check out these fun pop culture representations!

A very cute Sea Bunny pin. This would look good on your jacket!

You can crochet your own Sea Bunny by following this pattern!

Want to surf the web like a Sea Bunny? Install this custom cursor! (This is so cute, we can’t stand it!)

This delightful children’s book by Peter Raymundo follows a Sea Bunny in its journey across the ocean floor.

And last but not least, SpongeBob SquarePants adopts a Sea Bunny! This one isn’t scientifically accurate…but it sure made us LOL!